The Orange Revolution was a series of protests and political events that took place in Ukraine from late November 2004 to January 2005, in the immediate aftermath of the run-off vote of the 2004 Ukrainian presidential election which was claimed to be marred by massive corruption, voter intimidation and direct electoral fraud. Kiev, the Ukrainian capital, was the focal point of the movement's campaign of civil resistance, with thousands of protesters demonstrating daily.Nationwide, the democratic revolution was highlighted by a series of acts of civil disobedience, sit-ins, and general strikes organised by the opposition movement.

The protests were prompted by reports from several domestic and foreign election monitors as well as the widespread public perception that the results of the run-off vote of 21 November 2004 between leading candidates Viktor Yushchenko and Viktor Yanukovych were rigged by the authorities in favor of the latter.The nationwide protests succeeded when the results of the original run-off were annulled, and a revote was ordered by Ukraine's Supreme Court for 26 December 2004. Under intense scrutiny by domestic and international observers, the second run-off was declared to be "fair and free". The final results showed a clear victory for Yushchenko, who received about 52% of the vote, compared to Yanukovych's 44%. Yushchenko was declared the official winner and with his inauguration on 23 January 2005 in Kiev, the Orange Revolution ended. 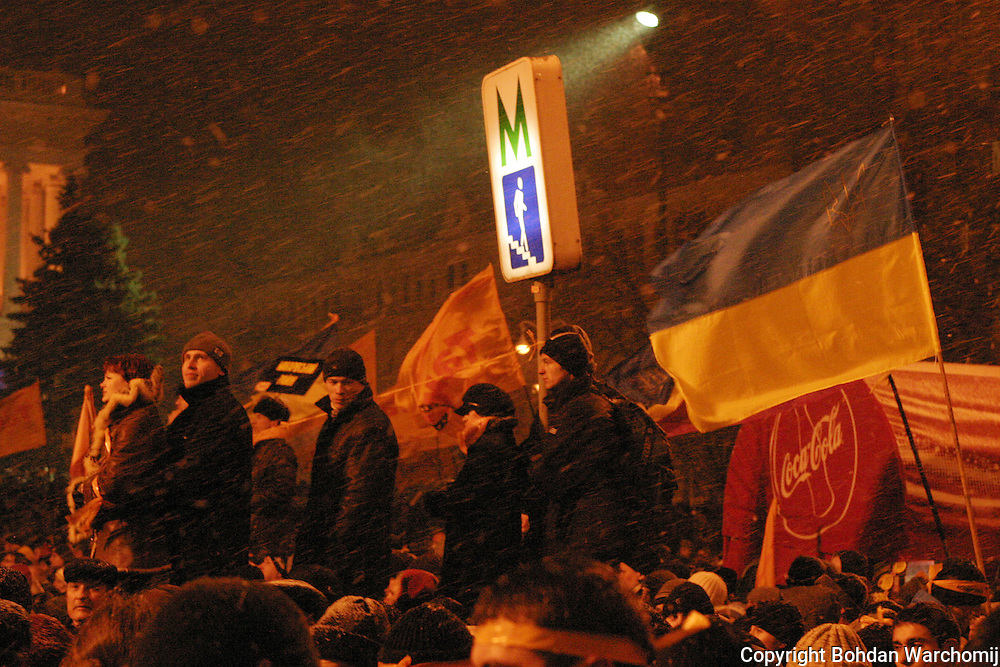