Gennady, 49 years old. Diagnosis: multidrug-resistant TB and HIV. Donetsk TB dispensary, December 23rd, 2010..From the words of his wife:.He worked at the mine. In 2007 pulmonary tuberculosis was discovered. The treatment was prescribed, felt himself better. He didnâ€™t finish the treatment and started to drink alcohol. In 2010, the acute abdominal pain appeared. The numerous ulcers have formed in the bowels, a diagnosis - intestinal tuberculosis. Doctors have demanded to transport the patient to a TB hospital or home immediately. He was transported by taxi. After another operation all the sutures on his stomach diverged because of multiple ulcers. The doctors told that he could probably live just a couple of days, the family decided to take the dying man home. He was walking around the apartment and brawling during the whole month with an open wound on his stomach. The wife had to beg doctors to take him to the hospital..Died December 23, 2010, this photo has been made two hours before his death. In 1995, the World Health Organization declared the tuberculosis epidemic in Ukraine. Over the past 16 years the situation has greatly worsened. Each day TB takes lives of 30 people, annually - about 10 thousand. 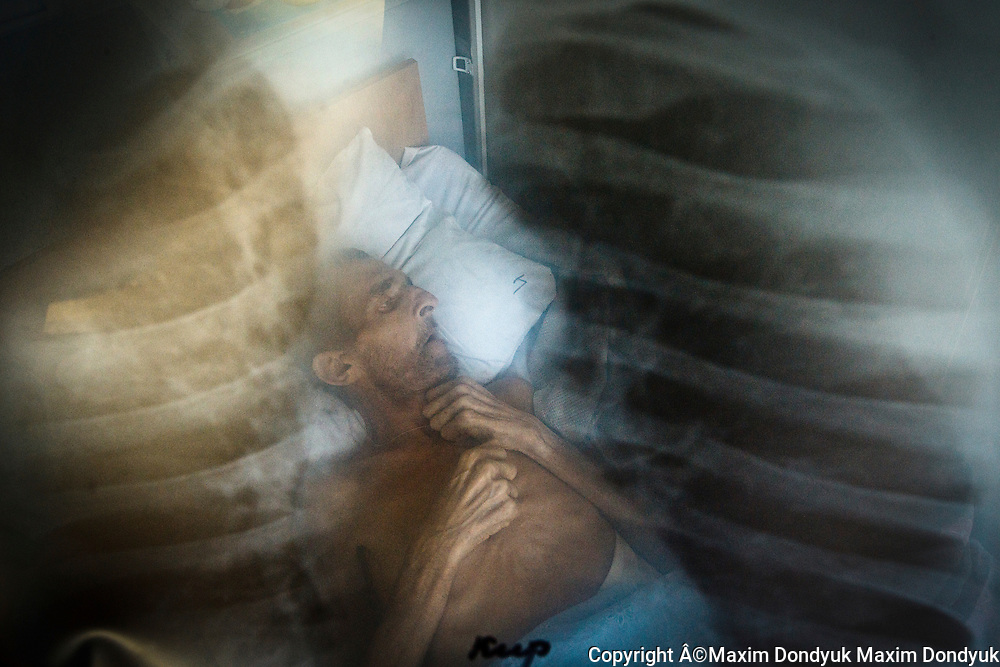