26 year old Sandra Odera was diagnosed with leukaemia in July 2011. After recurrent urinary tract infections she was diagnosed with Acute Myeloid Leukemia, AML. 67% of her white blood cells were immature and not able to fight infection. Sandra began her first chemotherapy session 1 Oct 2011, completing a total of 2 chemotherapy sessions, refusing to accept that she may die. Feb 2013 she had a relapse, 88% of her white blood cells where immature. With insurance Sandra and her family found treatment in India, at the
BLK Hospital in Kapoor in March 2013. Sandra underwent an allogenic stem cell bone marrow transplant, her brother Ian donating his 99% matched stem cells. Returning to Nairobi 100 days later despite looking fine Sandra developed a rash and wounds on the mouth. She had Grafts Versus Hofts Disease, her cells had not accepted her brothers stem cells and were fighting them leaving her body open to infection. She developed Mycocytis, a condition where all the mucous in the body dries up resulting in open wounds, boils and infections. Drugs from India began her healing, the wound from her vagina to her anus was so severe she needed surgery and a skin graft from her thigh. Finally discharged April 2013 Sandra was atrophied from lying in bed so long she could not walk. She began swallowing, receiving visits from Sister Zoe to strengthen her belief in God. February 2014 the Kilimani Mums community group posted Sandra's story around Nairobi, and was seen by the Faraja Cancer Clinic.
March 2014 Sandra began coughing again, fainted with acute respiratory failure, she was taken to ICU at Kenyatta National Hospital. 5 days in ICU, 5 days in CCU (Critical Care Unit) she is now recovering well in Ward 7A with food and saline drips. A CT scan will determine when she can go home. 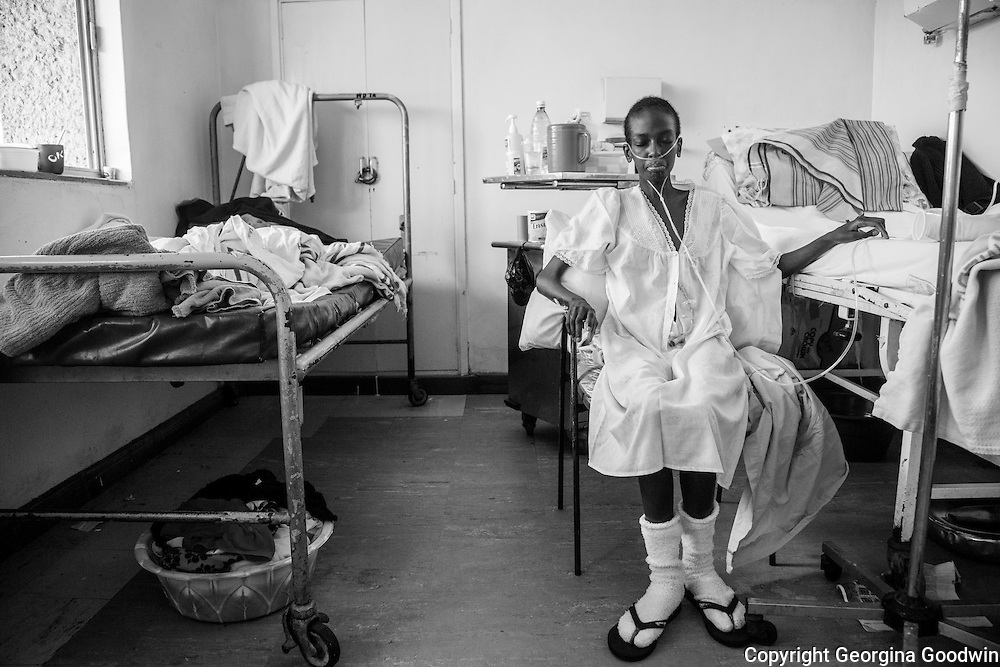