The new 17.20 commuter train winds its way from Nairobi's CBD alongside a passenger train from the old era, on its first commercial day between the CBD and the new railway station of Soykamau, 18 kms away. Kenya's President Mwai Kibaki launched the Nairobi Commuter Rail Service and the Syokimau Railway Station on Tuesday 13th November 2012 marking the next stage of railway development in the country since the earliest accounts of Nairobi's history dating back to 1899 when a railway depot was built in a brackish African swamp occupied only by the pastoralist Maasai and the agriculturalist Kikuyu people. The railway complex and the building around it rapidly expanded and urbanized until it became the largest city in Kenya and it's capital. Today passengers pay Sh120 one way for the 18-kilometre journey which is takes a comfortable 30 minutes. Before the revamp, commuters paid KSh.50 for a matatu bus along the Kitengela-Mlolongo route which is often dangerous and can take over 2 hours depending on traffic. 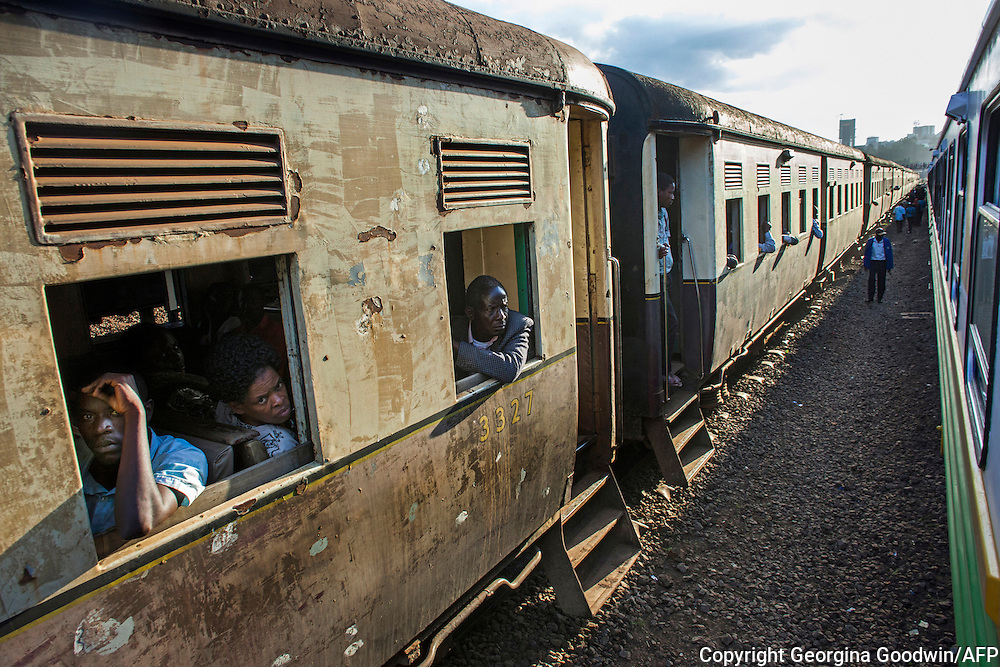