Anti-weapons sign on a Non-Government Organisation (NGO) vehicle at the airstrip in Dadaab town. Dadaab is located approximately 100 kilometers from the Kenya-Somalia border. It is situated in the Garissa District.Until recently, the local population traditionally consisted of nomadic Somali camel and goat herders. Now Dadaab hosts people that have fled various conflicts in the larger Eastern Africa region. Most have come as a consequence of the civil war and drought in southern Somalia, including both Somalis and members of Somalia's various ethnic minority groups. Dadaab is now considered the worldÕs largest refugee camp with 464,000 registered refugees, 115,000 of which arrived in 2011 from southern Somalia due to conflict and drought. 28May2012 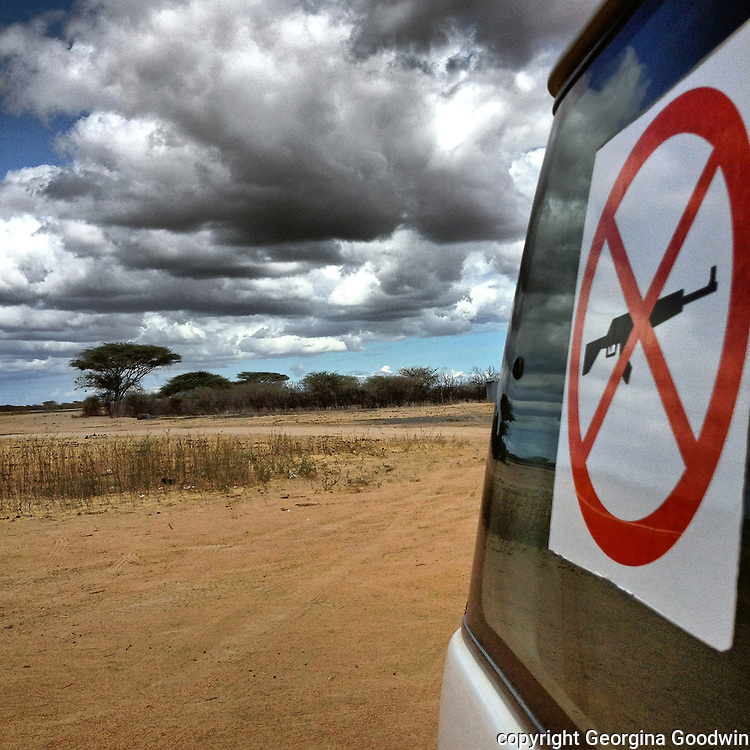