Police separating right-wing extremists from the liberals during a demonstration in Budapest March 2012.

In March 2012 right-wing extremists group called "64 Counties Movement" attended a liberals demonstration to create fear and provoke in Budapest. They greeted the liberals by calling them dirty jews and to hell with Trianon. These were members who broke into the national tv station in 2006 and created riots on the streets of Budapest for several weeks. 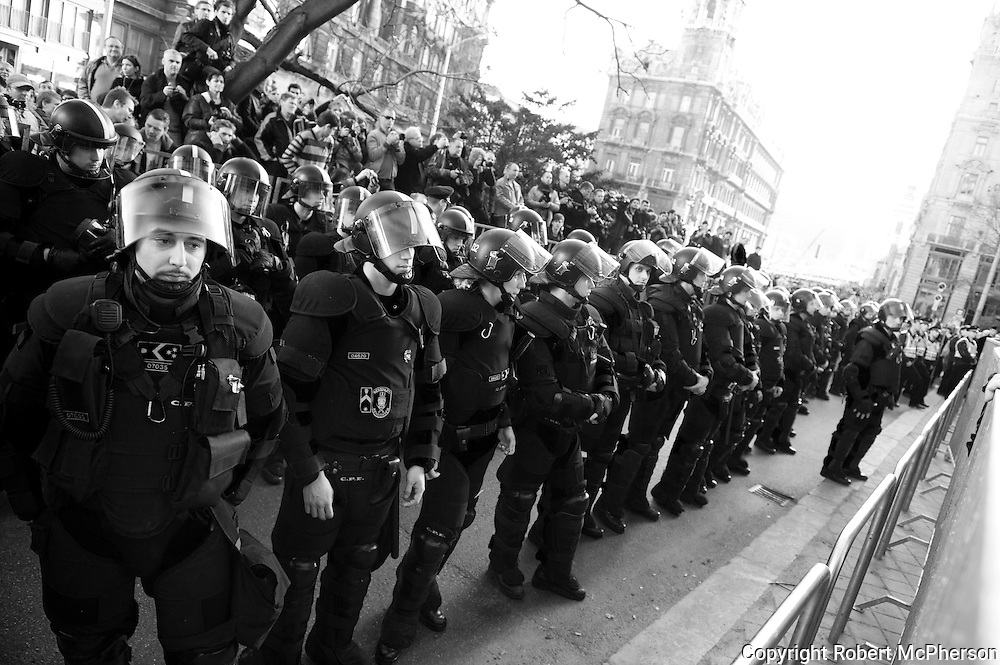