Mother at the funeral of her son...Gennadiy, 42 years old. Diagnosis: multidrug-resistant TB HIV positive. Kherson TB Dispensary, September 14th, 2011..From the words of the patient:.was suffering from tuberculosis for 6 years, didnâ€™t have any idea how he became ill. He worked on a fishing vessel in Kamchatka. He returned after receiving a letter from his mother in which she informed that she was dying. Couldnâ€™t find a job and began to drink alcohol. He got to the hospital by calling to emergency. Diagnosis: cirrhosis of the liver..From his â€‹â€‹mother's words:.was selling things from the house and gathering bottles to buy medicine and food for her son, who couldnâ€™t rise from the bed over the last few weeks..Died October 12th, 2011. In 1995, the World Health Organization declared the tuberculosis epidemic in Ukraine. Over the past 16 years the situation has greatly worsened. Each day TB takes lives of 30 people, annually - about 10 thousand.

Filename
Metaphor_MaximDondyuk18.jpg
Copyright
Â©Maxim Dondyuk Maxim Dondyuk
Image Size
2500x1667 / 2.5MB
In 1995 The World Organization of Health announced the epidemic Many prisons grant amnesty to prisoners in accordance with their since hospitals do not provide these necessities. The state allo Those who have taken the complete course of treatment or who hav they lose work. The lack of objective information about TB cause There is a common belief that only people from “the group of ris bad medicine and bad penitentiary conditions are the main reason Text Maxim Donduk tuberculosis epidemic in Ukraine sickness in ukraine photographer maxim dondyuk hospitals in ukraine sick patients in ukraine metaphor images
Contained in galleries 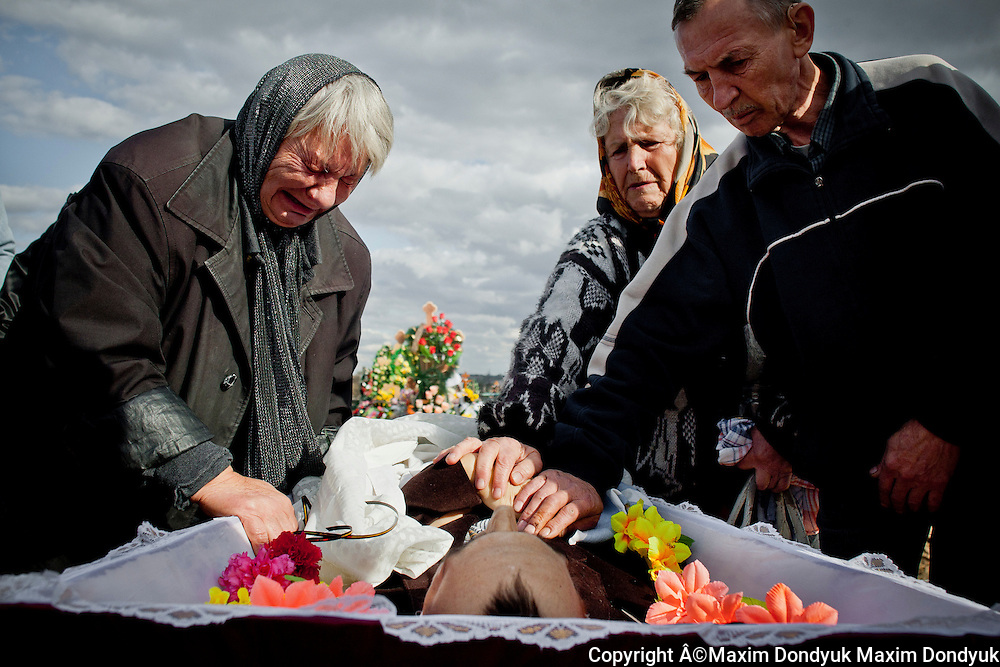