In one of the largest and oldest refugee settlements in the world, education in Dadaab is a luxury denied most of the 90,739 children who live there. Set up at the outset of Somalia's civil war in 1991 to accommodate 90,000 refugees, three camps near the northeastern Kenyan town of Dadaab Hagadera, Ifo and Dagahaley are now home to more than three times that number, and persistent conflict in Somalia, from where 95 percent of the refugees originate, means the population grows daily. According to the UN Children's Fund (UNICEF), the primary school attendance rate is 43 percent while in secondary schools the rate is just 12 percent. Across the three camps, there are 19 primary schools, funded by the UN Refugee Agency (UNHCR). In addition there are 11 private, fee-paying primary and six secondary schools. Here children from a UNHCR school are in need of more funding in Ifo refugee camp, Dadaab. 28May12 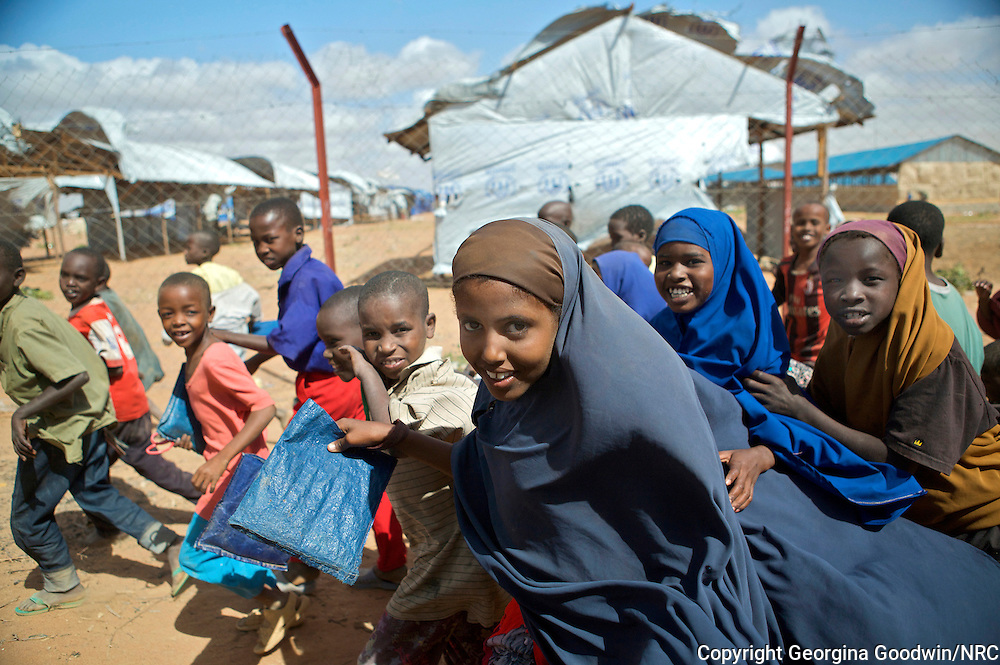