Washing clothes, cooking, just a few of the chores in a woman's work here done outside her makeshift tent home at Shalom City, a displaced peoples camp in Central Province Kenya. The camp held 14,000 people from the Kikuyu tribe displaced from various other areas from around Kenya, such as Kisumu and Eldoret and in particular the Rift Valley region, during the post-election violence that occurred after contested election results in Dec 2007/Jan 2008. 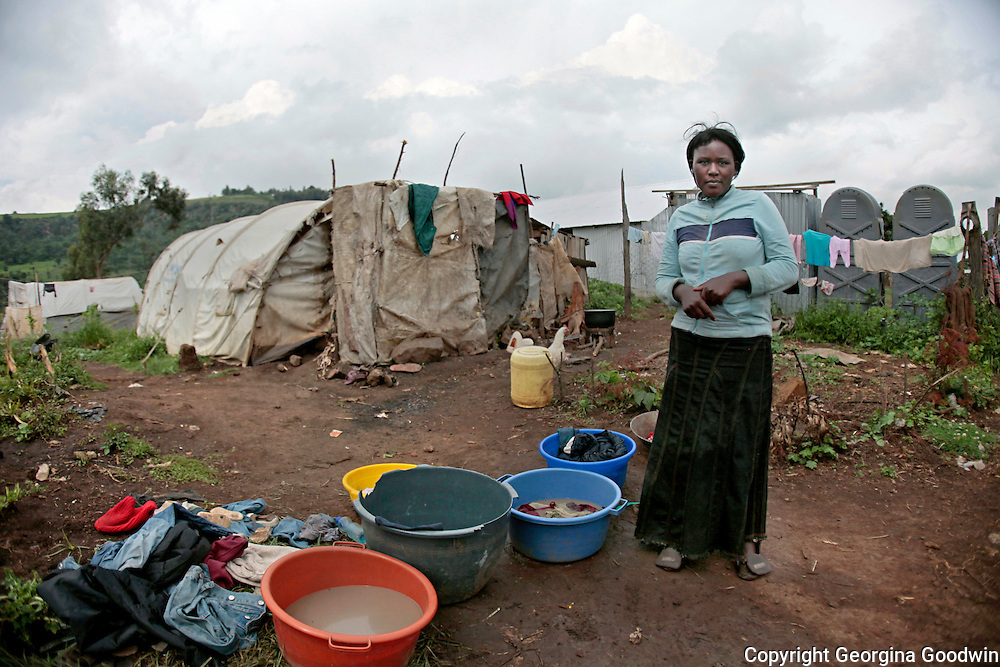