Mongolia(2008). Town of Bayan Olgii. The statue of a rocket in the background symbolising communist era still standing many years after Mongolia became an independant country from the Old Soviet...Bayan Ulgii town is located in Mongolia`s western-most province. It is set in the Altai mountains where Mongolia,China and Russia converge. It is the only province where Mongolians are not the majority: about 90% of the population are ethnically Kazakh and practise Islamic traditions. Bayan Ulgii town suffered from the collapse of the socialist system; artificially created plants and industries buckled. Suddenly, all services and goods became very expensive. Today, Bayan Ulgii is the poorest province of Mongolia. Maternal and infant mortality rate is much higher than in the rest of the country and the central hospital still use Soviet made equipment waiting to be replaced. 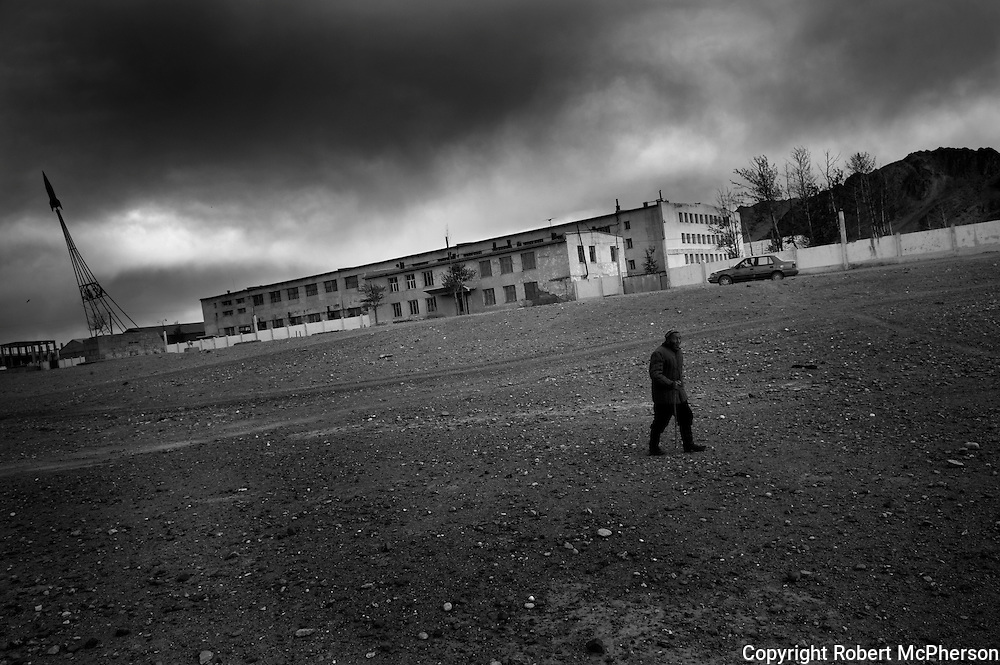