Young "Zabbaleen" collector back to Mokattam with his carriage loaded with bags of rubbish from the center of Cairo. The quarry was originally located where the settlement of Mokattam, is now used for storage of paper and aluminum.On the outskirts of Cairo in the middle of Manshiet Nasr neighborhood is located Mokattam settlement known as "Garbage City" is inhabited by Zabbaleen, a community of about 45,000 Coptic Christians living for decades to recycle waste generated by the Egyptian capital: plastic, aluminum, paper and organic waste transformed into compost. Most part of the Association for the Protection of the Environment (APE), an NGO that works in the area, whose objectives are to protect the environment and improve the livelihoods of garbage scavengers in Cairo. According to the UN, the work is done in Mokattam is one of the ten best examples of world environmental improvement. El Cairo , Egypt, June 2011. ( Photo by Jordi Camí ). 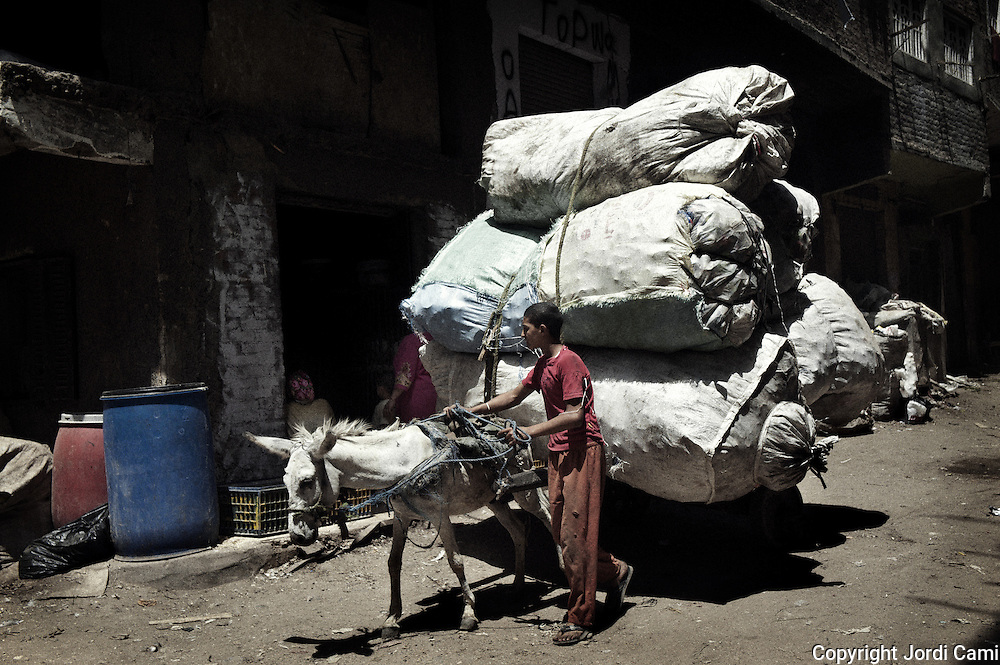